RDR Group is a training and consulting firm based in the Chicago area. We have worked with Fortune 500 companies, major healthcare organizations, universities, and government agencies for over 20 years to provide soft skill workshops that focus on diversity & inclusion, change management, customer service, and other programs designed to create work environments that achieve high employee engagement and customer satisfaction.

What makes our approach unique is that we focus on specific behaviors that positively alter the neurochemistry of participants in the long run through post-training follow up practices, team dialogue, and group accountability. We are truly interested in helping our clients develop a more people-friendly workplace. We would love to demonstrate the effectiveness of our programs to your team by offering a free on-site pilot.

Our interactive trainings are practical, creative, and informative. Our gifted trainers are seasoned experts, ready to offer you practical, real-world advice that can be implemented immediately.

Using the latest data from business psychology and neuroscience, our trainings are purposefully designed to create measurable and sustainable behavior change in your organization.

What makes our approach unique is what happens after the workshops have finished. We provide you with two months of specific follow up practices for participants, as well as discussion guides for you to ensure sustained team dialogue and accountability.

We offer competitive rates because cost shouldn’t be an inhibiting factor as you decide which of our trainings would be most effective for your organization.

Whether it’s creating custom content for your unique corporate culture, or choosing from any of our soft-skill topics, we help your staff achieve mastery of multiple core competencies whether it be diversity & inclusion, change management, communication skills, building trust, employee engagement, customer service, and more.

We have served hundreds of organizations including Fortune 500 companies, government agencies, major healthcare organizations, and universities. Whether you need trainings for CEOs, Entry Level Management or Individual Contributors, we have trained at all levels and understand the nuances that come with speaking to all members of your organization. 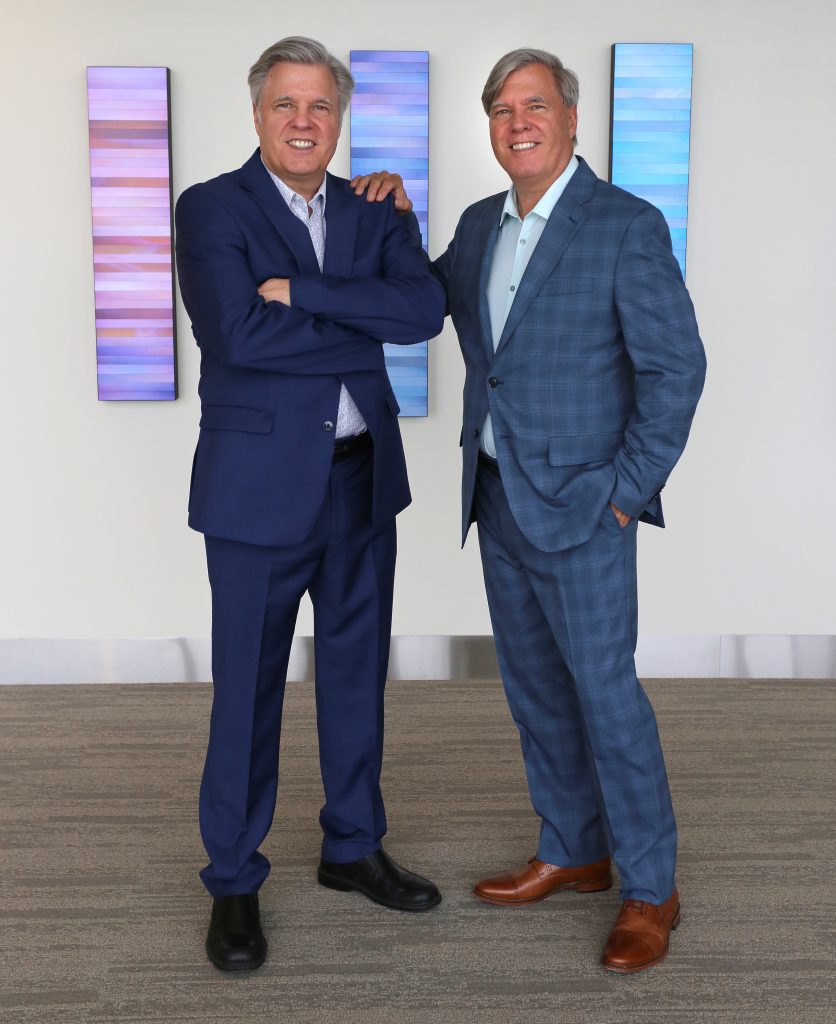 When it comes to diversity trainers, Ralph and Rich are not what you’d expect. Being white males and identical twins, they’re an anomaly.

And yet, Ralph and Rich are living examples that bias can change.

Growing up with a twin had its benefits—a constant playmate, a study partner, and a friend. But it was also an insular experience.

Their natural tendency was to flock together as they went through life. Ralph and Rich tended to be less open to “outsiders” and as young children, anything different seemed foreign and uncomfortable.

To further complicate things, growing up in the early 1960s, there were no people of color in their schools, gender roles were tightly defined and people of other religions or sexual orientations were rarely discussed.

Thankfully, a cultural revolution was coming.

As they entered adulthood, Ralph and Rich attended seminary and it was there that they were met with broadening perspectives and experiences that challenged and reshaped their beliefs. From this reorienting of their views, they identified their call to make the workplace a more diverse and inclusive environment for all.

Much like they experienced, Ralph and Rich believe that becoming comfortable with people who are perceived as different requires openness and a willingness to change your tendencies and habits.

A much needed message not only for white males but for all cultural groups, genders and generations, the Brandts are committed to helping your organization change perspectives and understand the value of diversity and inclusion.